Imagine what we can achieve when we’re not bound by bias.

NCCJ is a human relations organization. We work to build communities free of bias, bigotry and racism by promoting understanding and respect among all cultures, races and religions.

Together, we can bridge the divide and build communities that better understand how to work and live together. We create respectful and compassionate spaces where people can let down their guard, get comfortable with being uncomfortable, face difficult issues and ask tough questions. These kinds of interactions help communities move to a place of less hostility and greater understanding, acceptance, and collaboration. 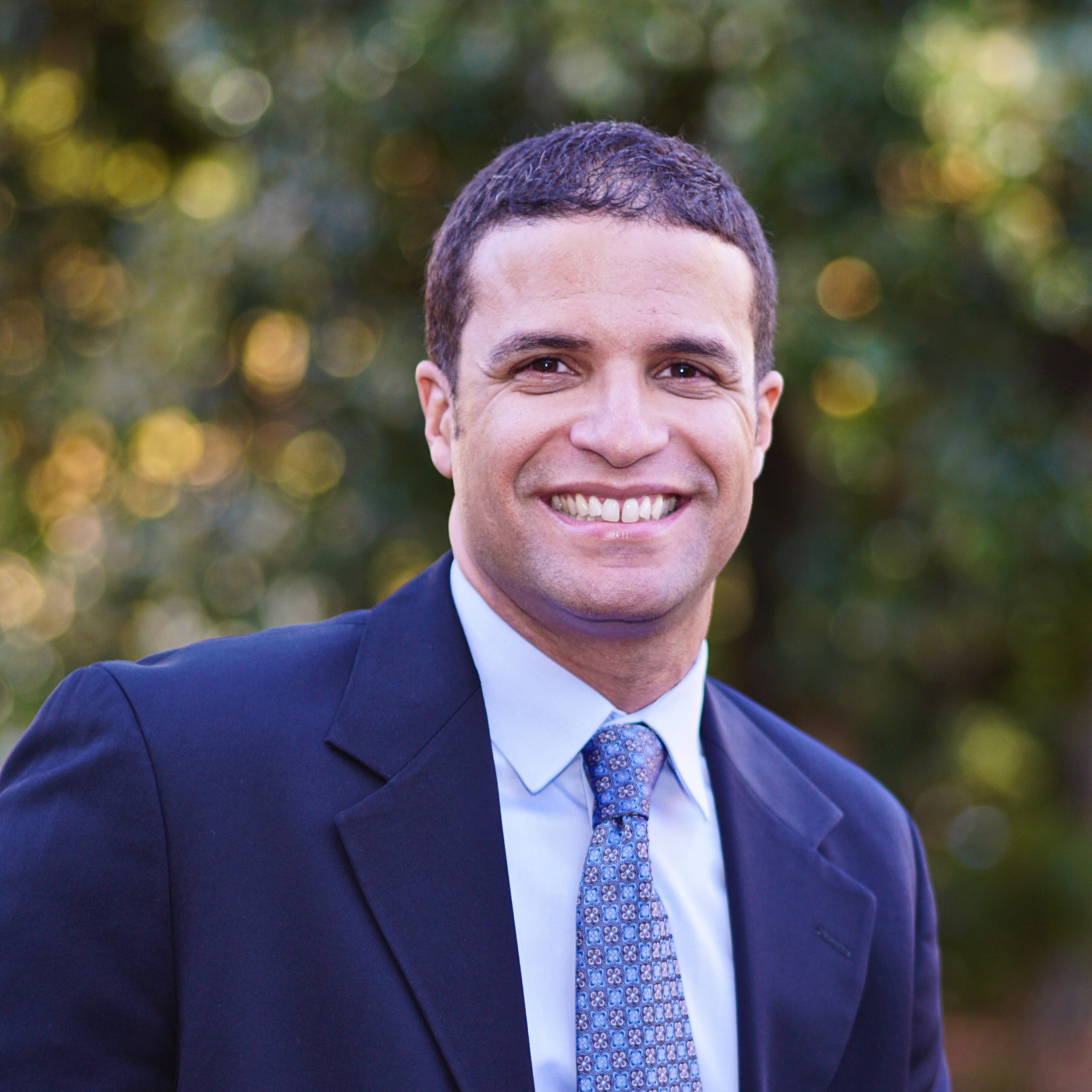 “I work with NCCJ because I deeply believe in our mission,” Ivan says. “It came to life for me the first time I visited ANYTOWN as an advisor in 2009. Every year I come back even more excited and committed to making sure this flagship program continues and expands, so that more young people get the chance to participate in it.”

A leader in the Triad community, Ivan is the recipient of the Triad Business Journal’s “Forty Leaders Under 40 Award” and the Greensboro Chamber of Commerce’s “Change Agent Award.” He’s also been recognized by Southerners On New Ground (SONG) and Emerging Practitioners in Philanthropy (EPIP). Ivan has served on numerous boards and committees that carry out important work in our community. Email Ivan

Gloria knew in college that she wanted to work in the nonprofit sector. After that, it was just a matter of finding the perfect fit. Following a brief stint in Charlotte, she returned to her hometown of Winston-Salem and began working on her Master’s in Public Affairs at UNC Greensboro.

Gloria came to NCCJ as a graduate intern in the spring of 2018 before joining the staff as Development Coordinator in August 2018. “NCCJ’s mission and the delegates from ANYTOWN give me hope for our future,” she says. “I wouldn’t want to be working anywhere else.” Email Gloria 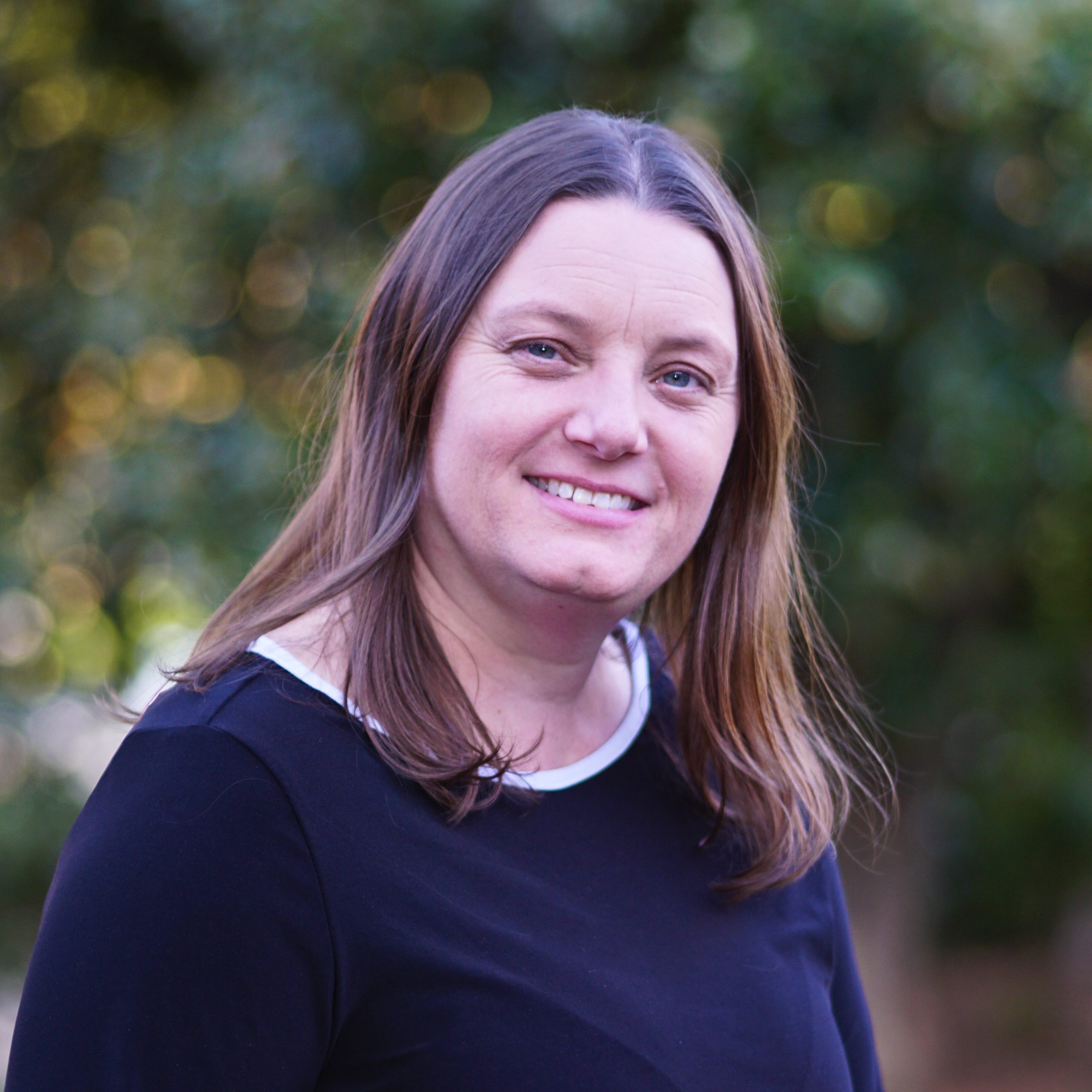 From a young age, Alison knew she wanted to work to advance civil rights. Her plan to practice constitutional law changed after she spent some time volunteering in her community. “As passionate as I was about changing the laws and regulations around these issues,” she says, “I realized I enjoyed being in the community, working with people where I could see the impact of what I was doing.”

Alison grew up in Connecticut and moved south to attend Guilford College, earning a Bachelor’s in Political Science and Justice and Policy Studies. Inclusion, respect, and equality are among her core values, which she sees reflected in NCCJ’s mission, staff, and volunteers. After 10 years with NCCJ, Alison says: “I see the results of the work we do with ANYTOWNers and other young people, and it gives me hope for our future.” Email Alison 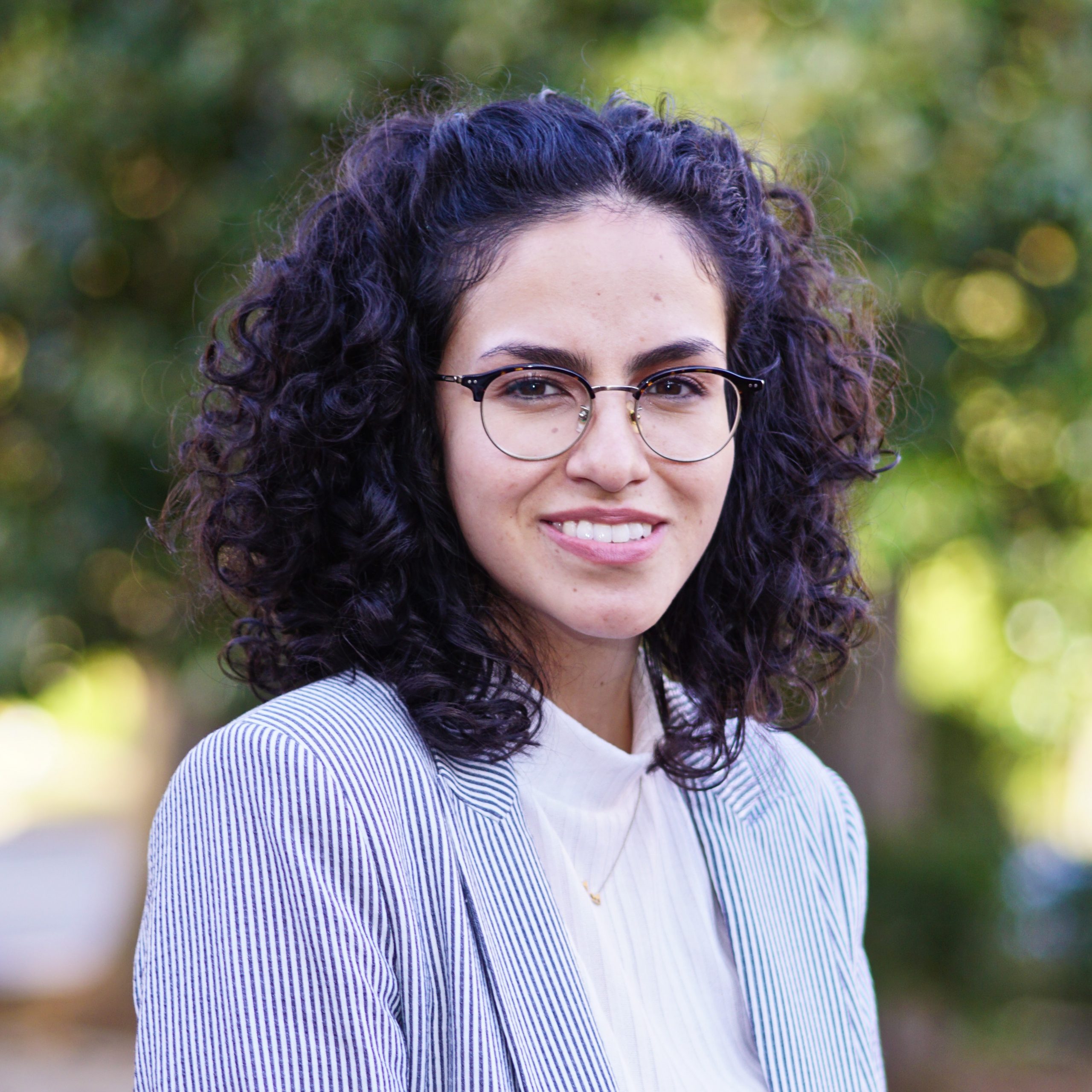 María has always believed in the power of words. “Growing up as an introverted child, I had to find ways to express myself that didn’t involve a lot of talking and so, I found writing. As time went on, I dove into understanding the impact of written and spoken narrative which I believe led me to this work,” she says. “As a Latina in the US, I had to work hard to regain my identity as a Colombian woman after years of mimicking my surroundings to find ways to fit in. In high school, I was able to do that and find my voice when I attended ANYTOWN.”

María holds a dual masters degree in Peace and Conflict Studies and Conflict Management and Public Administration from UNC Greensboro and the University of Konstanz in Germany. Her passion project is a personal blog where she shares stories about her international travels and her life in the United States as a Latina working to dismantle stereotypes and “pass the mic” to the people in the back – including the introverts. Email Maria 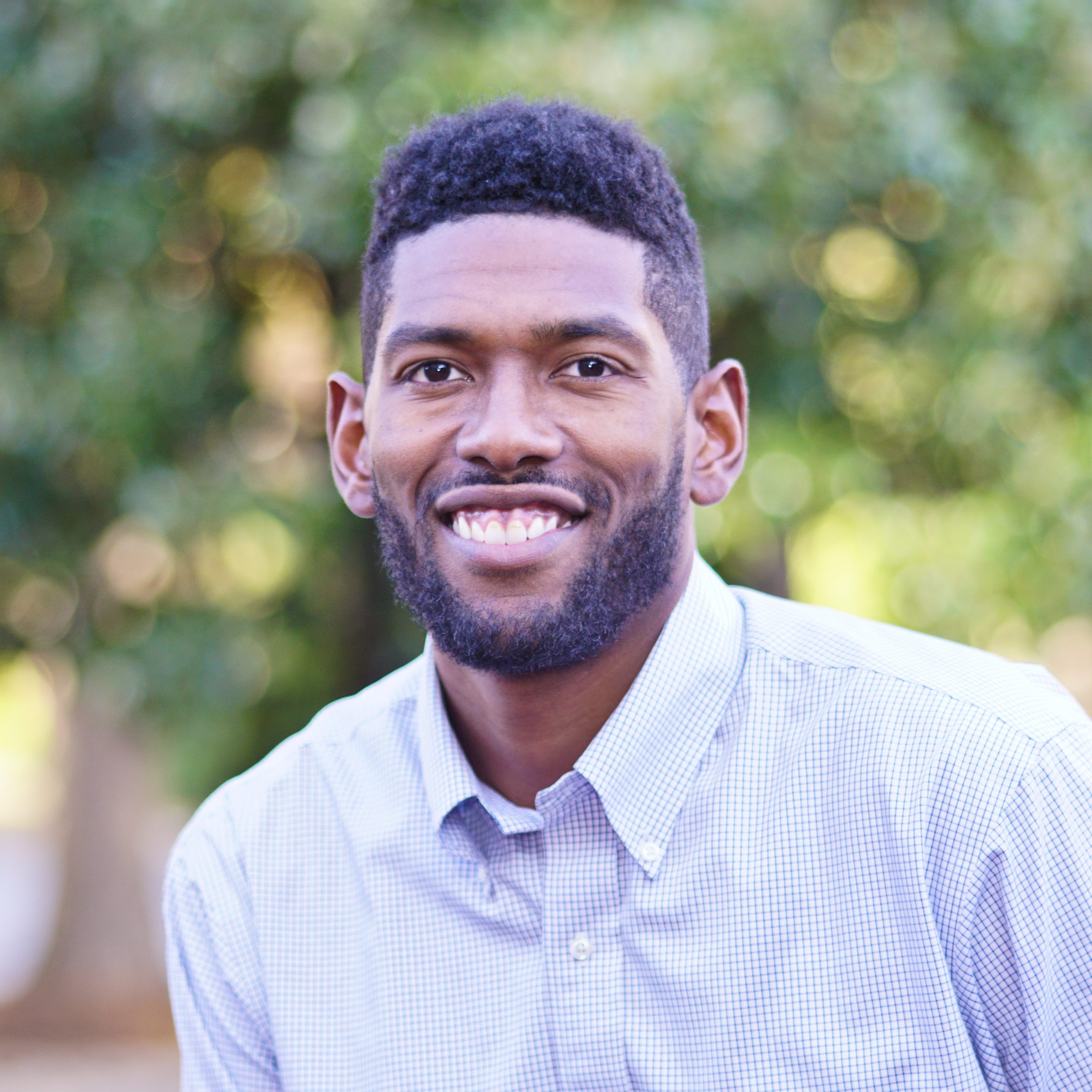 Sharing perspectives and experiences has always been important to Michael. “Most of my life I was an outlier, the Black kid in the mostly white spaces,” he says. “I carried with me a lot of pressure to ‘prove’ myself amongst my white counterparts, while being constantly reminded that there were some experiences that I was having because I was Black that some of them simply couldn’t relate to.”

In college, Michael attended a diversity and inclusion conference and was struck by the ability of one presenter to “help people grow their awareness and give them strategies to deepen their understanding of the world, themselves, and others.” Michael received a Master’s in Peace and Conflict studies from UNC Greensboro. In 2016, he founded Shifting Lenses, a workshop series that brings people from all walks of life together to discuss divisive issues in public spaces. Michael also serves on the board of the Piedmont Interfaith Council and as a part-time volunteer coordinator for the Servant Farm. Email Michael 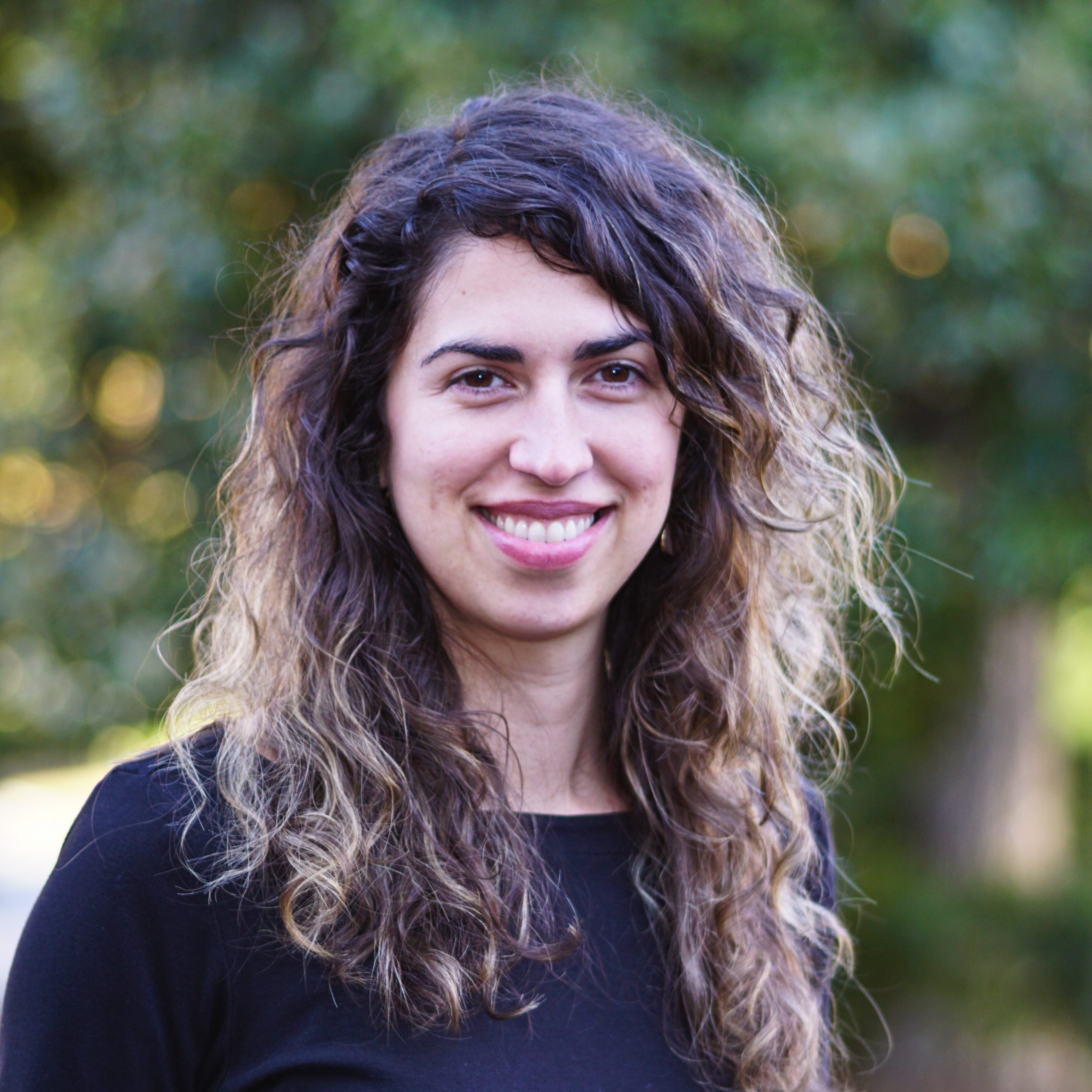 One of Erika’s earliest memories is watching Star Trek with her dad. “It gave me this inclusive, optimistic model of a future where diverse groups of people were collaborating to make a better society for everyone.” She’s still a big fan.

Always fascinated by history, Erika earned a Master’s in Public History from the University of West Florida. She pivoted into fund development after working on a campaign to restore the Pensacola Lighthouse and “seeing how I could use my skills to help create positive change in the world around me.” Email Erika

NCCJ Board of Directors

At NCCJ, we believe change starts with a conversation. And, we believe that when people respect and know how to communicate with others who are different from them, everyone benefits.

We partner with organizations across our community and our state. These partnerships allow us to collaborate with and deliver programs to diverse groups, sharing ideas and expertise to help move our community forward. Here are some of the businesses, community groups, and schools we’ve partnered with to deliver programs (We’ve also worked with houses of worship across the Triad.) We’d love to partner with you as well. Connect with us.

In 1937, NCCJ was born out of the idea that open, respectful dialogue between people of different backgrounds builds stronger communities. We remain committed to that core ideal.

As the region’s oldest human relations organization, we have a long history here. Over the years, we’ve cultivated close relationships with people, companies, and organizations from many different parts of our community.

NCCJ has evolved to meet the challenges of each new era, expanding our focus to include issues of race, class, gender equity, sexual orientation, gender identity, and the rights of people with different abilities.

For more than 80 years, NCCJ has promoted understanding and respect among all people in the Piedmont Triad. We have strong ties to this community’s past and we are deeply invested in its future.

Learn more about our history.

We’re an open book. Check out our financial statements and annual reports for a closer look at how we operate.