Your Vote Matters: A Message from José 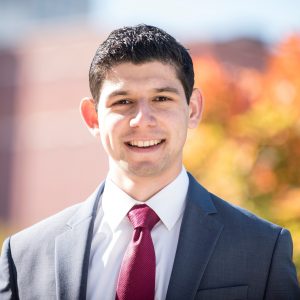 An election is like a conversation; your vote is your voice. Now is the time to speak up and make your voice heard by helping to choose the leaders who will represent you in state and federal government for the next several years. José F. Oliva (ANYTOWN 2011) has a message to share about why your vote matters and how you can help other North Carolinians exercise their right to vote, too:

North Carolina is at the center of this year’s election. You have the opportunity to impact the future of our state and country for generations to come.

What’s on the line? COVID-19 has disproportionally impacted low-income people and communities of color.

Many students are not able to access virtual learning.

Racial injustices are not taken seriously by many elected officials in Washington and Raleigh.

Leadership in government has never been more important.  Your vote matters!

What can we do?

If you are an eligible voter, please vote. There are three ways you will be able to vote this year:

There are 25 early voting sites in Guilford County open every day from October 15 to October 31. Click here for more information.

You can also sign up to be a Democracy Hero and volunteer at the polls; encourage a friend to register to vote at an early voting site using same-day registration; and give a voter a ride to the polls.

What are some key races to watch?

In this election cycle, there are several critical statewide races in North Carolina:

In 2016, Donald Trump won NC by a 3.6 point margin. Roy Cooper won by a 0.2 point margin.  Your vote will decide who leads our country and state.

In the Piedmont Triad, there are three competitive NC House races and NC Senate races:

In the 2018 mid-term elections, key legislative races were won or lost by 1 point margins or less. We expect the above races to be similarly close. Next year, the North Carolina General Assembly will draw new legislative maps, which can impact who controls the NC House and Senate for the next ten years, as well as the makeup of NC’s delegation in the U.S. House of Representatives.

This election will have major consequences for our lives and this state. Your vote can make the difference.