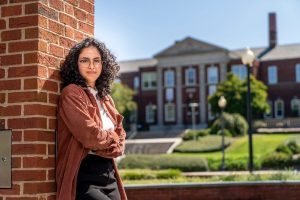 This past July, I co-facilitated a program with a group of 50 Latinx students who gathered for UNCG’s 4-day hybrid program, CHANCE.

The session we did together was NCCJ’s first program in a bilingual setting. That meant that for the first time, I was facilitating in English and Spanish.

Working with these students triggered some powerful memories for me.

Erasing my accent – then reclaiming it (literally)

When my family emigrated from Colombia to the United States, I remember working extra hard to fit in as a new student. I carefully practiced my English so I could get rid of any trace of an accent and not stand out when participating in class.

I was a quiet student – but not because I didn’t have anything to say. No, I kept quiet because I was listening closely, observing every mannerism and intonation around me so I could replicate them. You could say I was in a perpetual game of “Simon Says,” mimicking what my (United States-born) classmates did so that I could get through each day with minimal uncomfortable interactions. This is often a reality for a lot of immigrant children or children of immigrants.

My desire to fit in, camouflage myself and be a wallflower eventually ended up creating a separation between me and my culture. I didn’t know then what I know now: I was code-switching between identities, languages and cultures all at once. I was leaving behind a lot of things that made me who I was. For instance, I lost the accent on my name – both written and spoken. Trying to fit in, I traded “María” for “Maria.” All I was concerned about was not being an outsider.

In college, I turned things around. I was scared of forgetting the beautiful pieces of my Colombian heritage. I was nervous about going back home and feeling like a foreigner. Tired of pretending to be someone I was not, I sought and found welcoming spaces and people who wanted to know the full version of me. A few years ago, right around the time I began working for NCCJ, I reclaimed my accent. I was María again.

“Proud to be Latinx”

Fast-forward back to July 2021. I’m delivering an NCCJ program at UNCG’s CHANCE event. 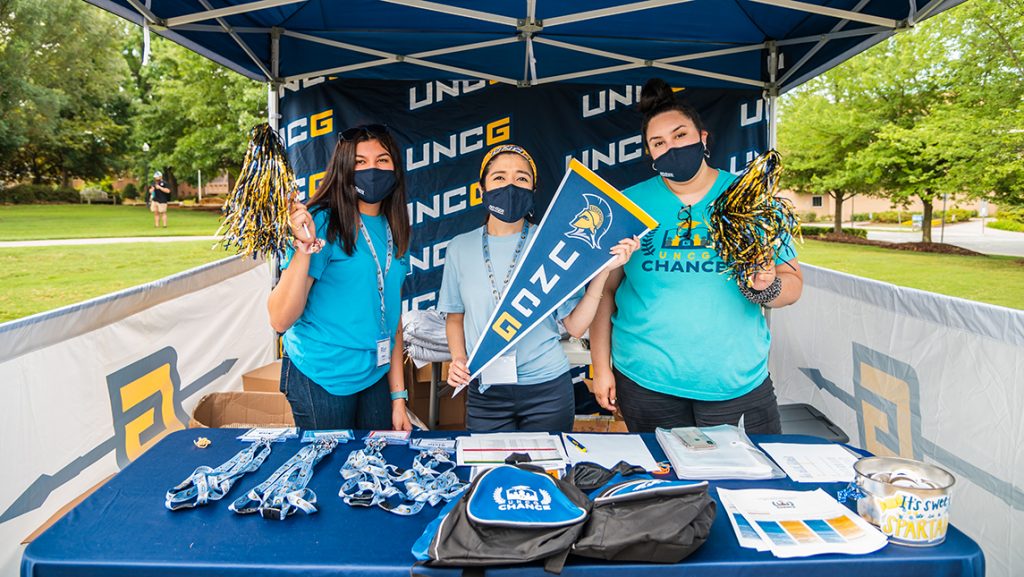 CHANCE focuses on providing support to Latinx students as they get ready to transition into college and tackle all that comes with it. Each student is assigned a mentor. They connect with UNCG professors and a network of people who are there to see them succeed. All this takes happens in spaces where they are encouraged to cherish their Latinx heritage and be their full selves.

We focused on identity in our time together. It fit this year’s CHANCE theme and also met a deep need. Students I work with often tell me that they have very little time or encouragement to think about their identities within their schools.

In one exercise, the students named some of the stereotypes that exist for the Latinx community (which, although very diverse, is often lumped together and misrepresented.) After we spoke for a while about the ways in which we are stereotyped, the students shifted the conversation to talk about the things that made them proud to be Latinx – something they rarely have the space to do.

As I said, this was NCCJ’s first program in a bilingual setting. This is an important milestone for two reasons. First, expanding the populations that we are able to serve is crucial to our mission and to the work that we do. Second, creating spaces where people can be themselves, fully and free of judgement, can ultimately change someone’s life. It certainly changed mine.

I listened to the students share how proud they are to be Latinx and switch back and forth between English and Spanish with ease and comfort. Afterward, I reflected on my experiences as I navigated my own identity – first as a teenager, and now as an adult.

Creating inclusive spaces doesn’t just mean inviting a diverse group of people to sit at your table. Inclusion means intentionally creating spaces for those people to feel like they belong. Justice Sonia Sotomayor, the first Latina to serve on the U.S. Supreme Court, explains it better than I ever could:

“The dynamism of any diverse community depends not only on the diversity itself but on promoting a sense of belonging among those who formerly would have been considered and felt themselves outsiders.”

Listening to the students at CHANCE talk about all the things that make them proud to be Latinx was bittersweet. On the one hand, hearing these young people speak both of their languages with pride and ask questions without fear of judgment made me think about the impact that a program like this would’ve had on me as a pre-teen when I first arrived in Greensboro.

Yet my overwhelming feelings were of pride and hope. I’m proud of these young people and hopeful about the futures they are building. In a world that wants to put them in a box, they are pushing through barriers.  They’re crossing boundaries and moving into spaces they’re tired of leaving unexplored. Instead of waiting for someone to invite them to a table, they are claiming the table as their own. In short, they are creating their own sense of belonging. I’m glad NCCJ could be part of their journey, and grateful for the opportunity to help them along their path.

María Perdomo is NCCJ’s assistant program director and a graduate of Anytown. Have questions about NCCJ’s youth programs? Click here to email María.