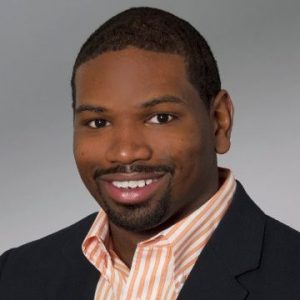 What he’s up to now

How did you find out about ANYTOWN?

My sister went in 2004 and I knew when I got to high school that I would go too. I also heard about the camp from other high school students.

How did ANYTOWN shape your high school experience?

ANYTOWN helped me understand that as students we are more alike that we are unalike. It taught me that I could build relationships with people who don’t look like me.

Did ANYTOWN influence where you went to college, or your choice of major?

I went to UNC for several reasons but knowing that a lot of ANYTOWNers were there and that it was a diverse campus helped also. I also minored in social and economic justice because of ANYTOWN.

How has ANYTOWN shaped your career choice?

ANYTOWN got me interested in inclusion and diversity work over 10 years ago. I feel honored and privileged to work in this space and help provide equity within corporate America.

How has ANYTOWN shaped you as a person?

ANYTOWN taught me empathetic listening which to me is listening to understand rather than to respond. It is also where I found my voice and learned to challenge the status quo and speak truth to power.

What would you say to a parent/guardian who is considering sending their child to ANYTOWN?

ANYTOWN creates lifetime bonds for your child that gives them a safe place to learn about others and become inspired to make a difference in the world.